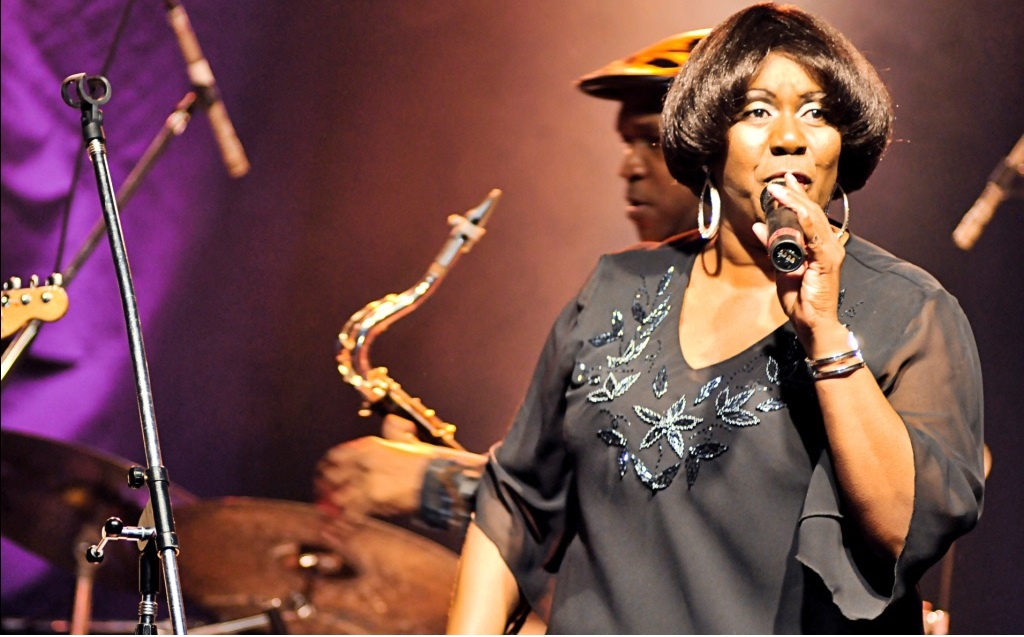 Ms.King started late to sing Blues. The first attempt was in 1990 and in six months she became Resident Artist at the KingstonMines. 2 years later she launched her first CD.
Shirley admits that being the daughter of B.B. King opened many doors. But her talent, charisma and energy made her one of the great divas of  Blues.

From traditional “BluesMusic” up to “GospelMusic” and from “Funk” up to “R&B” and “SmoothSoul”, Shirley defies all styles. Her voice and her presence on stage are an explosion of energy.
Shirley has performed in major clubs and BluesMusic festivals in the world on USA, Italy, France as “TheDaughter of the Blues.”.
She sung with B.B.King, Bobby Bland, Albert King, Little Milton, Tyrone Davis, Otis Clay, Jerry Butler, Koko Taylor, Lonnie Brooks, Eddie Clearwater, Billy Branch

Being the daughter of B.B.King gave her the title of ” Daughter of the Blues,” but Shirley, is an extraordinary female singer and an amazing performer.

“HighEnergy, GetDown, GetFunky, JumpUp and JiggleYour BusinessChicagoBlues … I give this group my highest recommendation. ”
-by Maryam Ahmad , Assistant Dean of Multicultural Affairs, School of the Art Institute of Chicago

“Blew up in my head! She was like Etta James, Koko Taylor and B.B.King all rolled into one.”
-Charles Hayden, VueWeekly